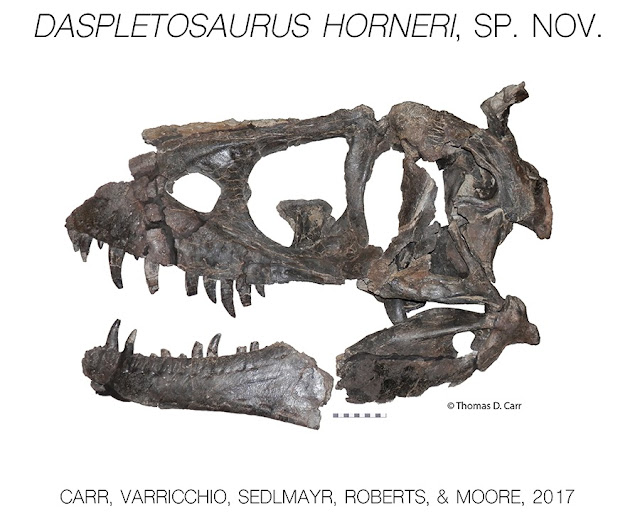 The Two Medicine tyrannosaurine made its first appearance in Horner et al.’s brief, yet landmark 1992 paper in Nature entitled “Marine transgressions and the evolution of Cretaceous dinosaurs”. Its skull was illustrated as an enigmatic silhouette, identified as a “metaspecies”, situated compellingly in a phylogenetic arrangement (not a true cladogram), between silhouettes of Daspletosaurus torosus and Tyrannosaurus rex. I have redrawn their figure here: 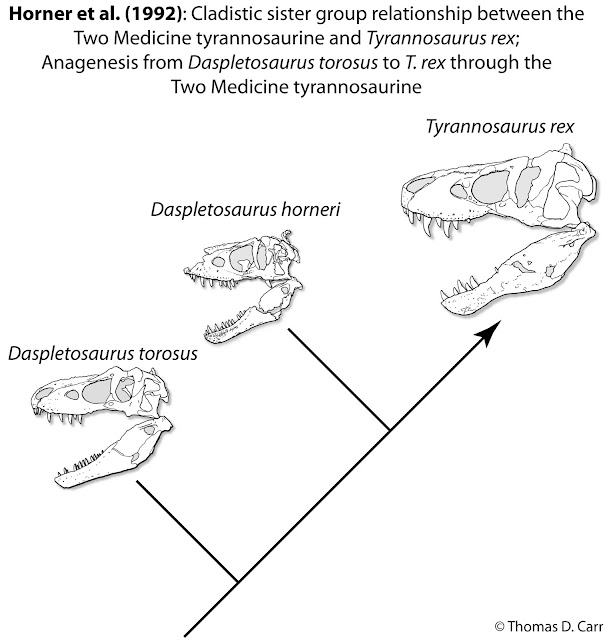 Visually, Horner et al. showed that the unnamed Two Medicine tyrannosaurine was a transitional species between the earlier D. torosus and the later T. rex. In support of this hypothesis, they listed several features shared between the Two Medicine tyrannosaurine and T. rex, showing that the unnamed species was the intermediate step from D. torosus to T. rex, hence the arrowhead in the diagram. The transitional position and morphology of the "metaspecies" was provided as evidence of the speciation mode called anagenesis, that is, speciation without branching where one taxon morphs into another over geological time. In contrast, the more common mode of speciation is called cladogenesis, where an ancestral species splits into two descendant species: 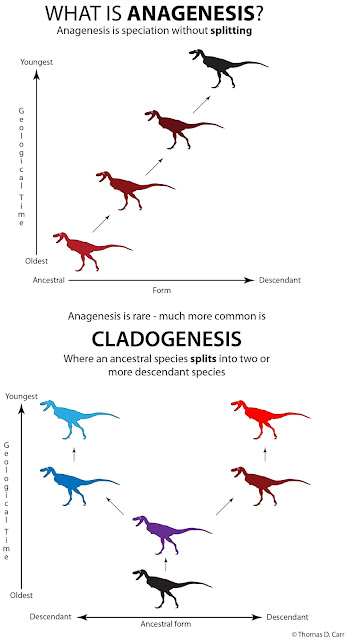 Since 1992, the unnamed taxon has appeared in several phylogenetic analyses, identified only as the “Two Medicine tyrannosaurine”. Here is a selection of the phylogenies, including Horner et al. (1992): 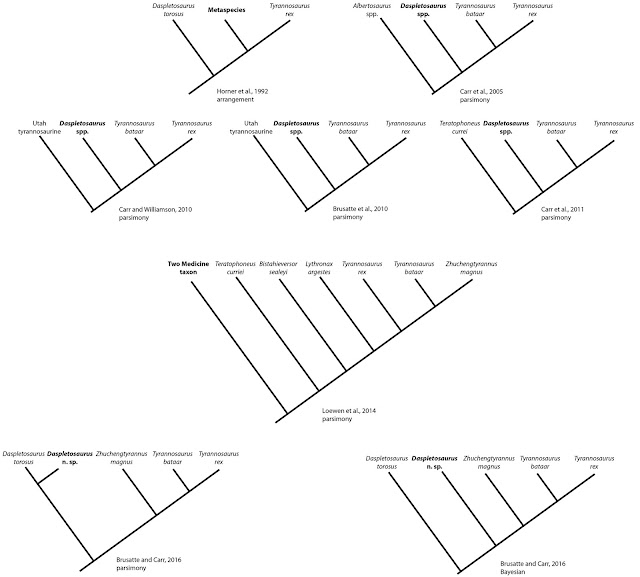 Today, Thursday, March 30, 2017, my research team and I re-introduce the Two Medicine tyrannosaurine as Daspletosaurus horneri – “Horner’s frightful lizard,” 25 years after it first appeared on the scene. The article is freely available here: http://www.nature.com/articles/srep44942

Our phylogenetic results recover D. horneri as the sister species of D. torosus, but T. rex was recovered deep in a branch of Asian tyrannosaurines (Zuchengtyrannus magnus, T. bataar) and so it was not the zenith of the Daspletosaurus lineage. Regardless, we agree with Horner et al. (1992) that the hypothesis of anagenesis is defensible (to be elaborated in an forthcoming post): 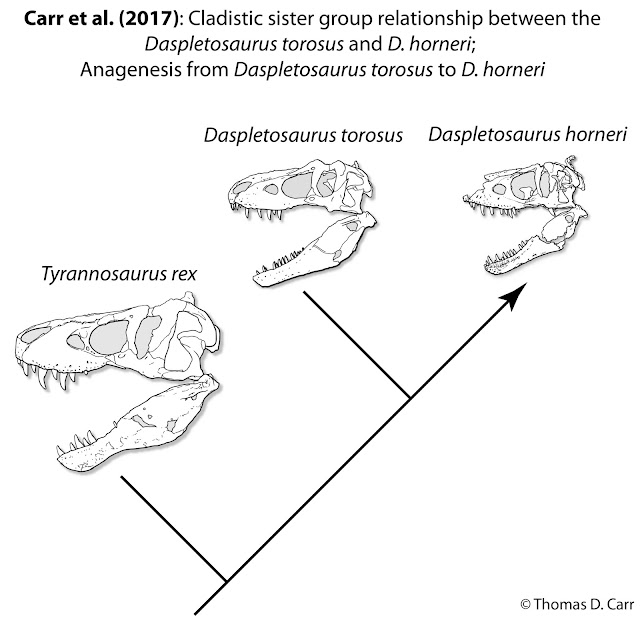 Our cladistic analysis recovered many characters in support of the Daspletosaurus clade, which was the basis of our referral to the genus: 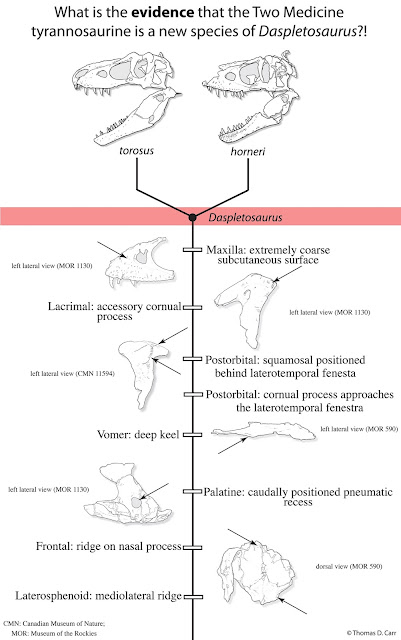